Mole and Vole Removal and how you get rid of these lawn damaging varmints. 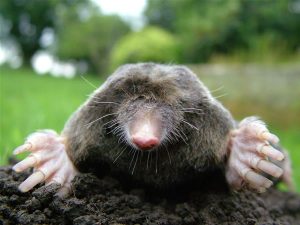 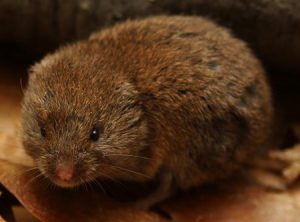 They have similar sounding names and cause havoc in your yard. Other than that voles and moles have little in common. Moles may be be better known, but it’s voles that cause much of the damage blamed on moles.

It’s important to know which rodent you have because mole control and vole control depend on going after the right mammal.

The biggest difference between a mole and vole is the type of damage. Moles eat insects and worms. Their primary diet is earthworms with a few grubs and insects tossed in as appetizers. They don’t eat plants, and so their landscape carnage is really the incidental damage of tunnels and runways dug in lawns while on the never-ending search for more worms.

Voles are plant-eaters. They feed on grass and perennial-flower roots. They eat seeds and bulbs, especially in winter when other foods are scarce. They will girdle the bark off trees and shrubs. Meadow voles also make networks of surface tunnels across the lawn under the snow cover of winter when they venture out into open spaces that they’d avoid in the growing season.

Moles are seldom seen because they live and feed underground. They’re gray to dark brown in color, about 6 to 7 inches long and distinguishable by their long noses and paddled, webbed front feet – perfect for tunnel excavation. They have no visible ears either. Those paddled front paws allow moles to dig tunnels at a rate of 1 foot per minute.

Being voracious feeders that eat quantities nearly equal to their body weight every day, moles are constantly tunneling in search of meals.

Voles are rodents that look much like mice, only with shorter tails. They’re dark brown in color, about 5 inches in length and have eyes and ears that you can readily notice. There are several different species of voles in North America – some that do most of their damage above ground (i.e. meadow voles) and some that do more insidious root- and bark-chewing from underground (i.e. pine voles).

Voles are prolific reproducers that can quickly colonize an area. To make up for a short life span of 16 months or less, voles can go from impregnation to baby-delivery in 21 days – cranking out three to six young at a time and up to 30 offspring per year. Because voles reproduce quickly, eat so many things and are pretty good at staying out of sight, they can do a lot of damage before you ever figure out what hit you.

Clues are surface tunnels in mulch and along walls as well as golfball-sized holes.

How to control moles

Determine whether you’re mad enough to kill them or satisfied with just trying to relocate them off the lawn.

How to control voles

Some of the same anecdotal measures for moles also may help control voles. Or not. If not, professional pest-control companies can usually get things under control with a combination of baits and traps. 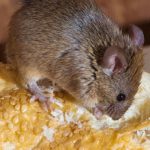 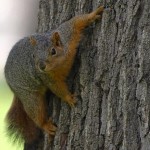 Hearing a telltale scratching in your attic? Here is a standard squirrel removal method.     For Emergency Call Pest Control: (651) 646-6431 One of the most common pest problems are squirrels that have chewed their way into homes. The method to remove those squirrels is fairly simple, provided you don’t mind working on a ladder. […] 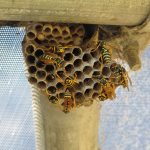 This year’s war on wasps and bees in Minnesota is necessary in part due to climate change: when there are not enough freezing days these insects flourish, and it allows them a much higher probability of survival than when the winters are harsh. Therefore, colonies are larger than ever, wasps and bees are hungry, and […] 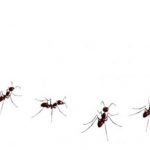 These little animals run our world and ruin our kitchens; an estimated 322 quadrillion and (That’s 322,000 trillion – as much mass as all the human beings on the planet) are on Earth turning over soil and preying on other insects daily. This is a great opportunity for myrmecologists (ant specialists) to drop a little ant science. […]

For over 9 decades, LAUGHLIN’S has been providing Minnesota pest and critter control for the, Minneapolis – St. Paul, Minnesota metropolitan area. Let our family keep your family safe with our … END_OF_DOCUMENT_TOKEN_TO_BE_REPLACED